On Thursday evening (19 April 2018) a small group of Medellin Foodies met up at Credenza, a restaurant located in downtown, inside the Centro Colombo-Americano. The restaurant is taking part in Medellin Gourmet: https://medellingourmet.com/. During the month of April, some of the best restaurants in the city offer a menu for 2 people that includes 2 glasses of wine, 1 entry, 2 main courses, 1 dessert at a fixed price of 59,000 or 109,000 pesos per couple. This is what the Medellin Foodies said about the place after the dinner: 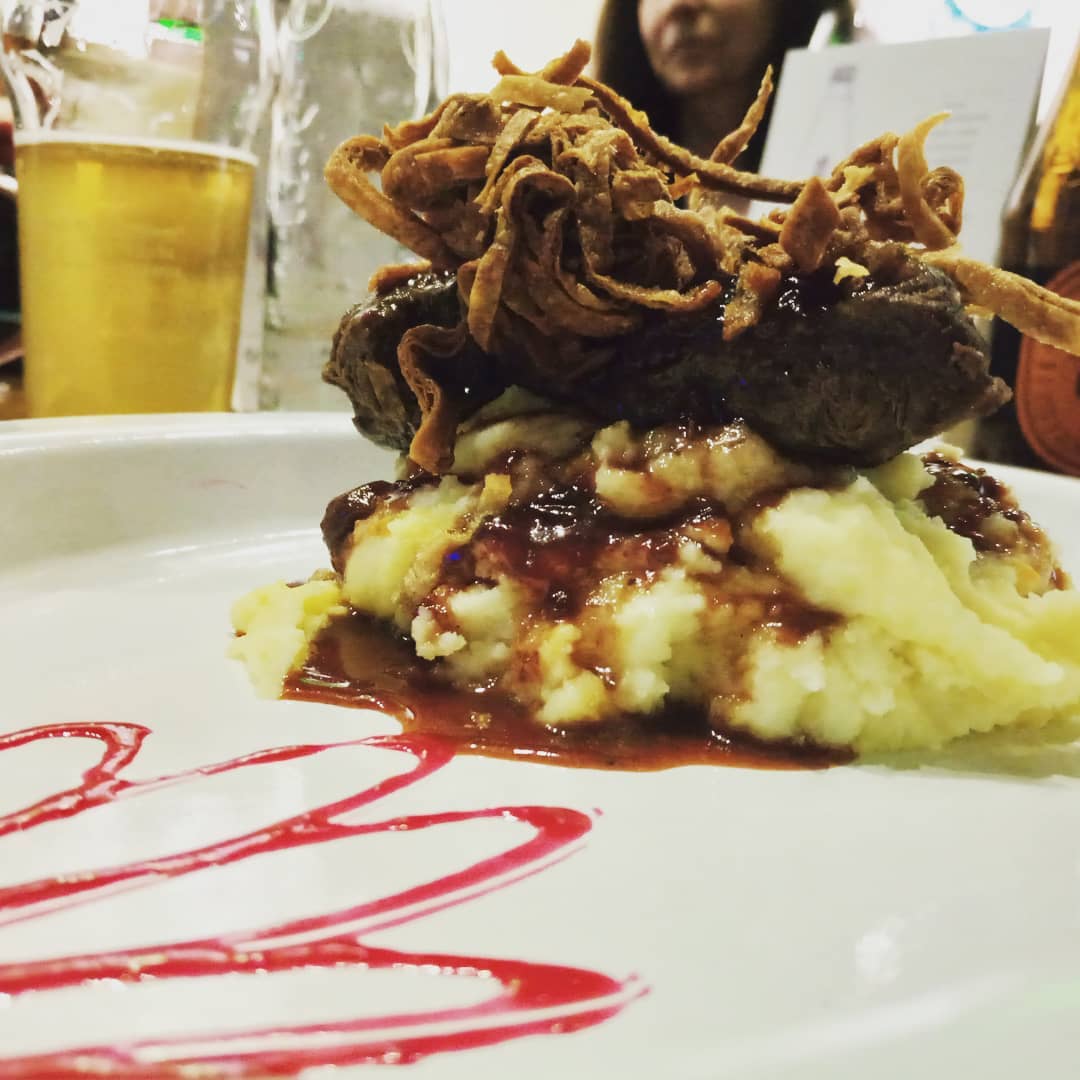 I shared the Medellin Gourmet menu with Brian. I had a beer with my meal instead of wine because they ran out of wine. But it was good, they had BBC. For the appetizer I had the Tamalito de Masa Fina con Setas, that is like a little Tamal with the Baklava type of wrapping with mushrooms inside. It was really small, especially for two men. For the entree I had the Lomito de Brasa, it was awesome. It came with Teriyaki BBQ sauce and Mortiño. It was well done and came with mashed potatoes which were good. For dessert, we had the Sanduchito de Torta de chocolate. It was basically a brownie with ice cream. The brownie wasn’t warm, that’s the only thing that was missing. It was really good, for 60,000 pesos for two people it was really good. 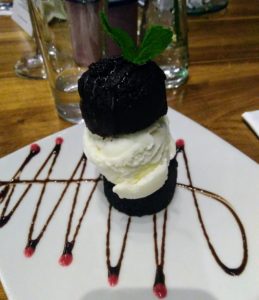 I shared with Andrew. As he said everything was pretty good as far as what we’ve shared. On top of that I had a ravioli dish. It was tasty but a bit smaller than the meat dishes, but I’m not leaving hungry because someone else was so nice to share his mashed potatoes with me, so that filled me up.

I had the Tamalito appetizer which was very good and I had the ravioli which I really enjoyed although I wasn’t crazy about the sauce that came with it. The dessert we had was the coconut mouse, that we would have enjoyed more if it had some fruit, were a little fresher and came with less chocolate. Overall it was good for the price and we enjoyed it.

I shared with Lois so I can add to her comment that I had the Lomito as main course. It was cooked properly and came on top of mashed potatoes and garnished with fried-breaded onions. All of it was good in combination, not exceptional but good. 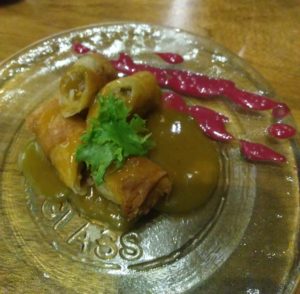 I shared the Medellin Gourmet Menu with Jorge. We had the spring rolls as appetizer, they were filled with meat and came in a nice sauce but it was very little. As this menu is meant to be for two people I think two little spring rolls for two is not enough. As main dish I had the Lomito, beef with mashed potatoes. They did not ask how I want my steak and served it well done, I usually eat my steak medium so for my taste it was overcooked. The mashed potatoes were really tasty though. The portion was also pretty small. For dessert I had the Sanduchito de Torta de Chocolate, kind of like a brownie with ice cream. I didn’t like it, the brownie was cold and tasted like those little cake snacks that you can buy at every corner store. In general I was not impressed with the menu, it was one of lower price range menus but I expected a little more from for Medellin Gourmet. 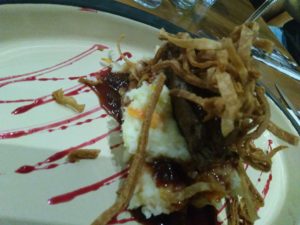 I shared the menu with Silvia, but I had Ramen as main dish. The ramen wasn’t really tasty, I expected more. I also tried the Lomito that was pretty good. 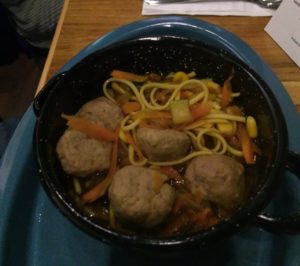