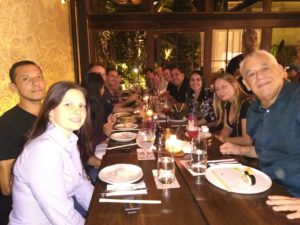 On Monday, August 6, 2018, the Medellin Foodie Group went to Cuon Restaurant in Poblado. Cuon is the new high-end restaurant in the city that everybody is talking about.

Reservations are not accepted in this place so we came really early on a Monday night to get a table for our group of 15 people. If you are curious about the verdict of our foodies, keep reading, we asked some of our members to write a review about the food, the service, and their overall impression.

Cuon has me divided: as already noted, it has an excellent interior/architectural design, open kitchen; it’s a beautiful place to visit. However there are a few things fundamentally wrong with the service: First, their concept is supposed to be about shared dishes, which works great in East Asian restaurants where the portions are bigger for sharing, but Cuon’s portions (aside maybe from sushi) are next to impossible to share with a group of friends.

Second, the service was without a doubt horrible, especially for an East Asian restaurant with a good sized kitchen; that type of kitchen should have dishes jumping out of the woks and steamers at a fast rate, but things move very slowly. As far as the food, it was well presented with good flavours.

I had the vegetable gyozas, which attempted the correct technique (crispy on the bottom, and steamed on top), but the texture was off despite great taste (and the ponzu sauce on the table was a great touch as well). Next, I had one of the sushi dishes, with four rectangular pieces full of shredded shrimp: flavour and texture was excellent.

I followed that with the pork ramen: the noodles were excellent, with an authentic flavour, the broth was good, and the pork was falling apart tender, but lacking some flavour in my opinion. To drink (which came out after maybe 45 minutes) I had a lychee soda, which was also good. In total my dinner bill was 82.010 COP, so not the cheapest nor the most expensive dining experience, and I was stuffed thanks to my table neighbours giving me a taste of their dishes as well.

I may try the restaurant again in the future if I hear that the service has improved, but until then there are some other Asian spots that I’d prefer over Cuon. 🙂 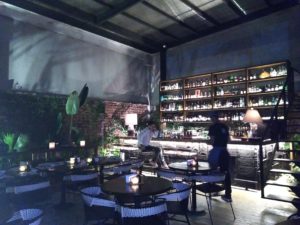 I was pretty impressed with the interior design of the restaurant. It’s very stylish, with lots of green. I liked the open concept, you can see everything that is going on in the kitchen.

I didn’t like the fact that they don’t accept reservations. We had to come really early and there was a lot of back and forth discussion about where to seat our group. The waiter was friendly and even spoke some English but in general, I had the impression they are pretty unorganized with the service. I can understand that it took them a while to serve the food but we had to wait over 45 min. till we finally got some water, that really shouldn’t take that long.

I ordered the yellow curry with chicken. It was very flavorful and tasty. I also tried the green vegetarian curry that was delicious as well. The portions could be a little bigger for my taste. The restaurant is quite pricey for Colombian standards so I would definitely classify it as a high-end place. Most dishes are around 40k COP and cocktails around 30k COP.

I will definitely come back here because I really liked the food and the ambiance. It’s a great place for a special occasion or a date night. 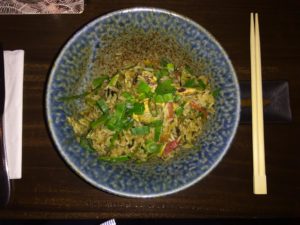 This was my first time here. The decor and atmosphere were top notch. I felt like I was in San Francisco or New York. I was brought back down to reality by the service. Which was super slow and chaotic at times.

We had a big table,  which is hard for one server to handle; however, they have an open kitchen and watching them work was laughable. It took about 45 minutes to an hour to get our first dishes (the waiter, with an embarrassed look, came over to us after we ordered and warned us that we would not be getting all of our dishes at the same time). Their service is so slow, that their wait staff warns you that orders will not come out on time. For a place that charges well over $30,000 per dish…that’s unacceptable.

In the kitchen, there was no one expediting food and the floor manager seemed very meek and slow. I asked him if I could add an extra chair to our table, and it took him a couple minutes to just say no, which was totally fine by me, but it seemed weird that he didn’t even come back to ask if we were ok later on during the service.

I’m not trying to be harsh on the service. It’s just that the food was so damned good that it deserves better service.

For starters, I had the vegetarian ramen. The broth was outstanding and the portobello mushrooms were not too soft and not too raw. 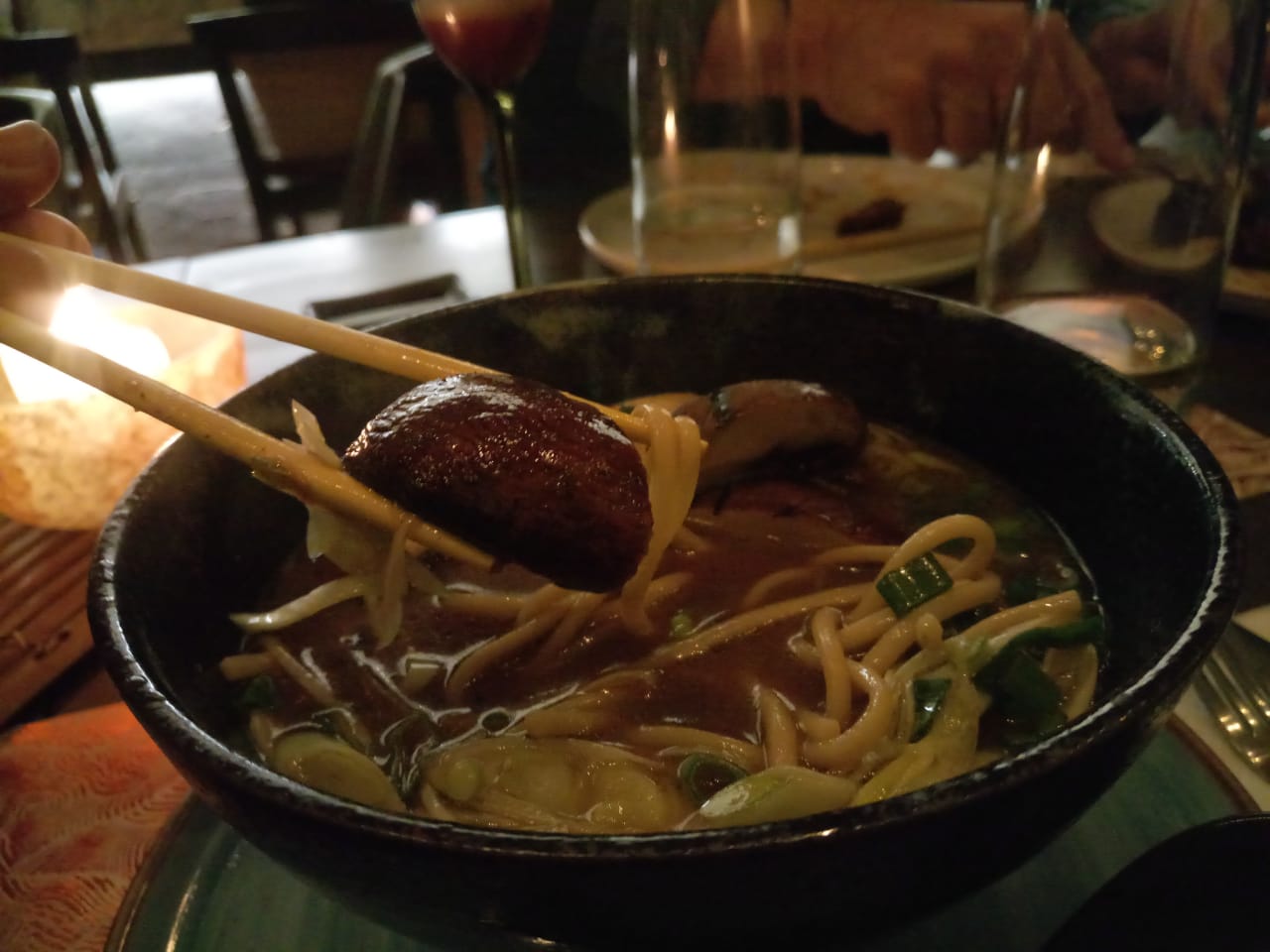 As a second dish, I had the green vegetarian curry. It was not watery, which I’m not used to, but when I tasted it all concerns went away. I let everyone on my side of the table taste it and we all agreed that it was the best tasting dish. 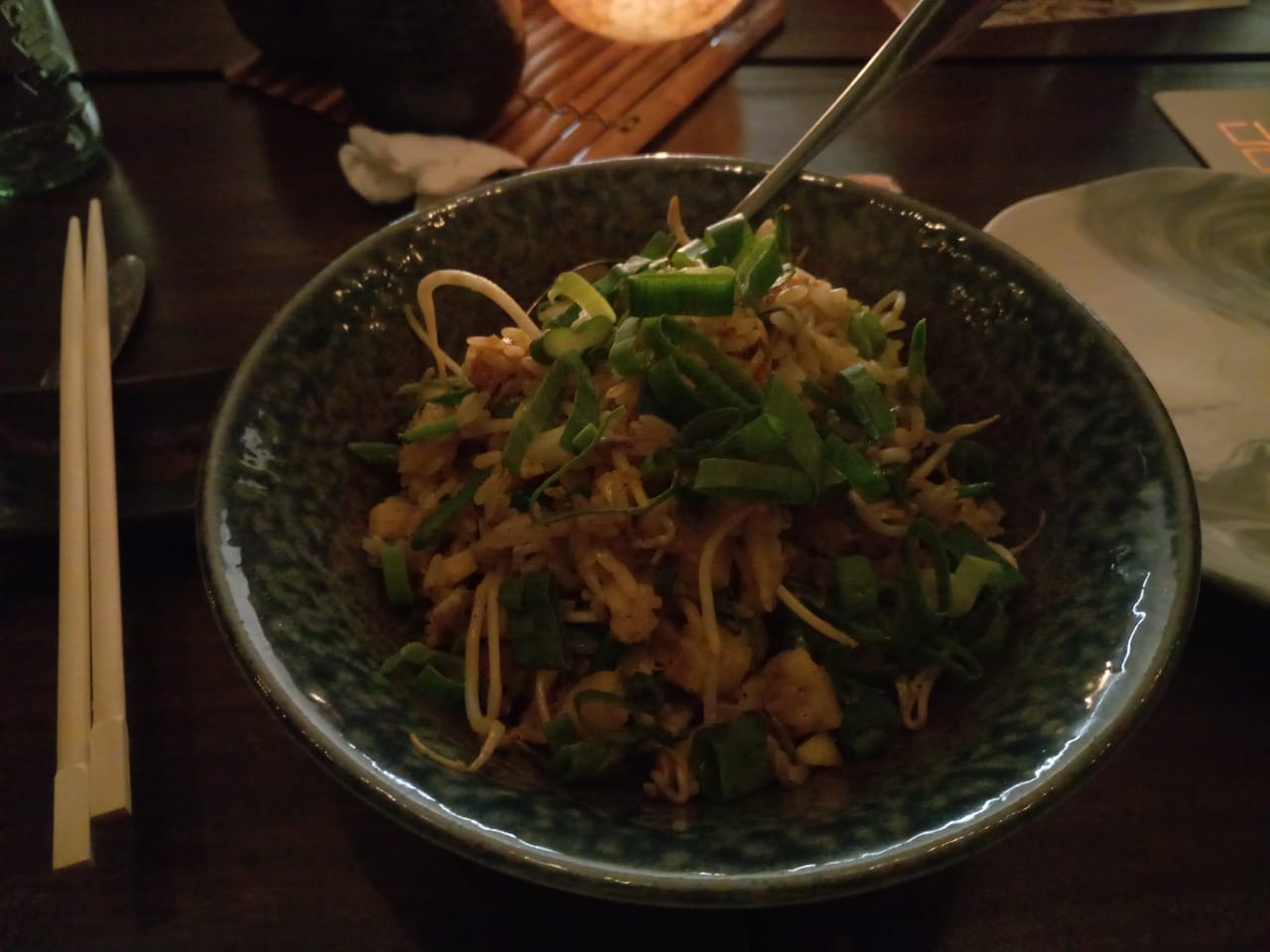 To drink I had a Hendrix gin and tonic with cucumbers. It was as good as anywhere else. Two dishes and two gin and tonics ran me $150,000 ($51.00 US). For that price, I expect great food (which I got) and great service (which I didn’t get).

Overall, this restaurant is one of the best in Medellin and I’ll definitely be going back. I hope that with a smaller group we’ll have better service.

This was my second visit to Cuon. The ambiance feels more like New York than Medellin. The quality of the food is impressive.

I had Sushi with Salmon, Avocado, and Cream Cheese plus Costillas that had been mostly deboned. The pork was juicy and tender enough to cut with a fork.

I also had the Bao de Cerdo (2) which had a little spicy kick (which Colombians will hate. They do not like anything picante, which I still do not understand).

For dessert I had a creamy mixture of Coco and Pina with touches of ginger served in a half coconut shell.

This restaurant is only a few months old and they have not figured out how to run the kitchen so the dishes come out logically and together. They have no concept of courses, like appetizers, mains, sides, etc. My seatmate and I both ordered the Bao. Identical items. Hers arrived 15 minutes before mine.

It is an expensive restaurant for Colombia. On my two visits, I paid around $63 USD. A similar dinner in San Francisco would cost double (the ratio is usually triple . . . $10 COP cost $30 USD). Nonetheless, I will go back as there are still some items on their extensive menu I’d like to try. 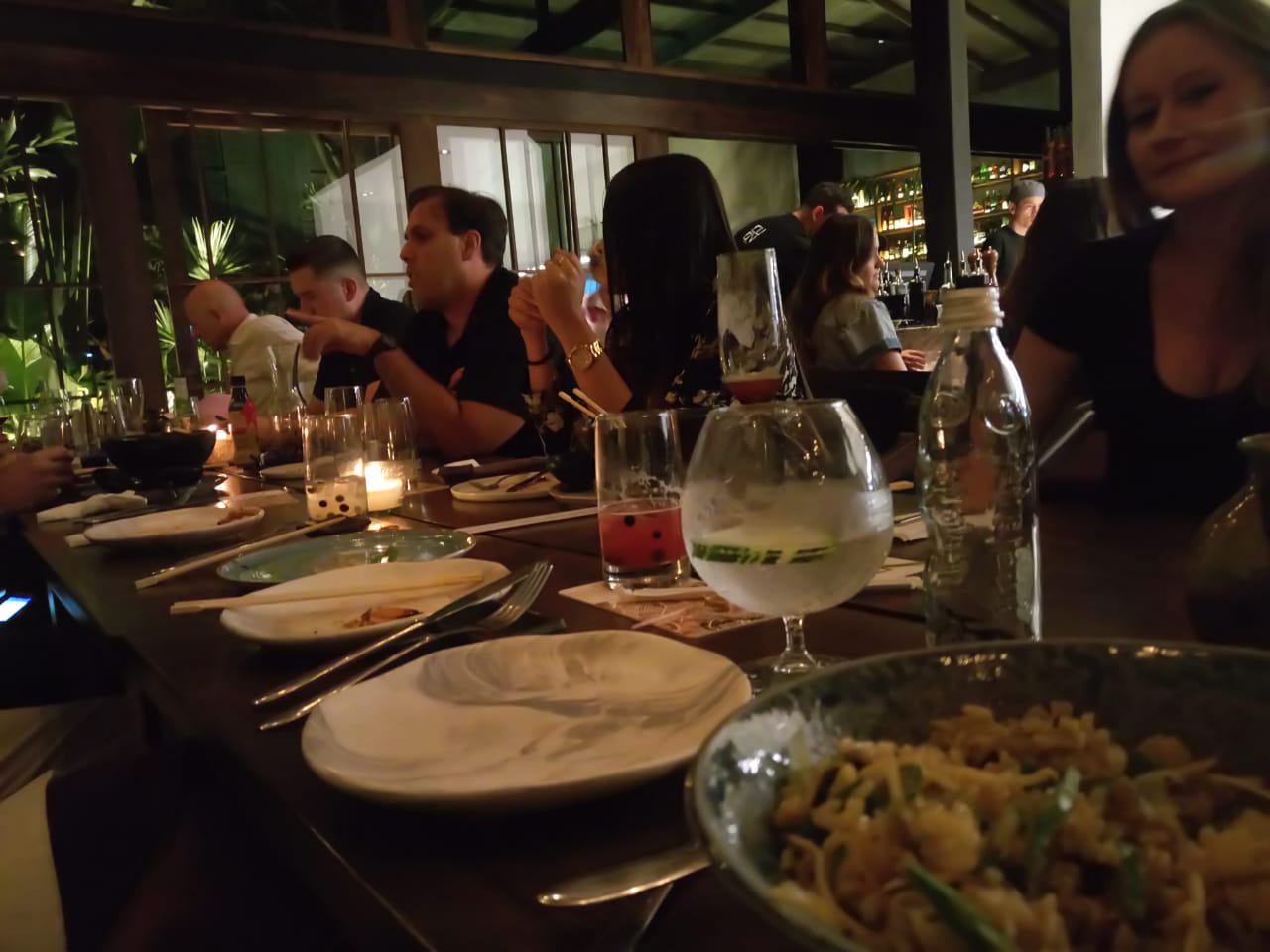 This was our second visit to Cuon and it did not disappoint. The menu was creative and of excellent quality. The restaurant reminded us a lot of the highly related restaurants in Los Angeles. The decor and design of the restaurant was tasteful and well thought out. Cuon also has a very nice bar area where you can sip drinks and have dinner as well.

Cuon’s sushi is the best we had in Medellin. We tried several different bao dishes and they were all great. Korean Fried Chicken(KFC) is a must if you enjoy chicken.

We would say the only negative was the service tends to be slow when the restaurant gets busy so it’s best to get there early. Cost is on the high side by Medellin standards, but if you are used to going to good restaurants in major cities in the US and Europe, you will not suffer sticker shock going to Cuon. 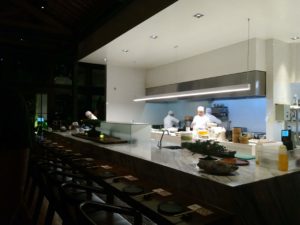 Great food. Great location. Great ambiance. The highlight for me was the salmon tartare,  an experience, not just a starter. The flavour was awesome and accentuated by the foam and sauces that came with it.

I also had the pork bao which had a nice spicy kick although I think Bao Bei is better for this. The chocolate and basil dessert was small but perfectly formed and tasty. The Volveré cocktail was expensive although it was very refreshing.

As they don’t take reservations they struggled to prepare for a large group like ours which meant the dishes were delivered rather erratically but the waiter was still patient and attentive.

I’ve been here before but I would definitely come here again. 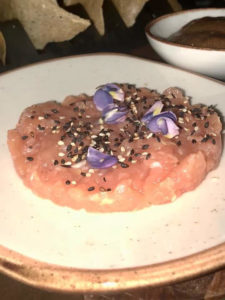